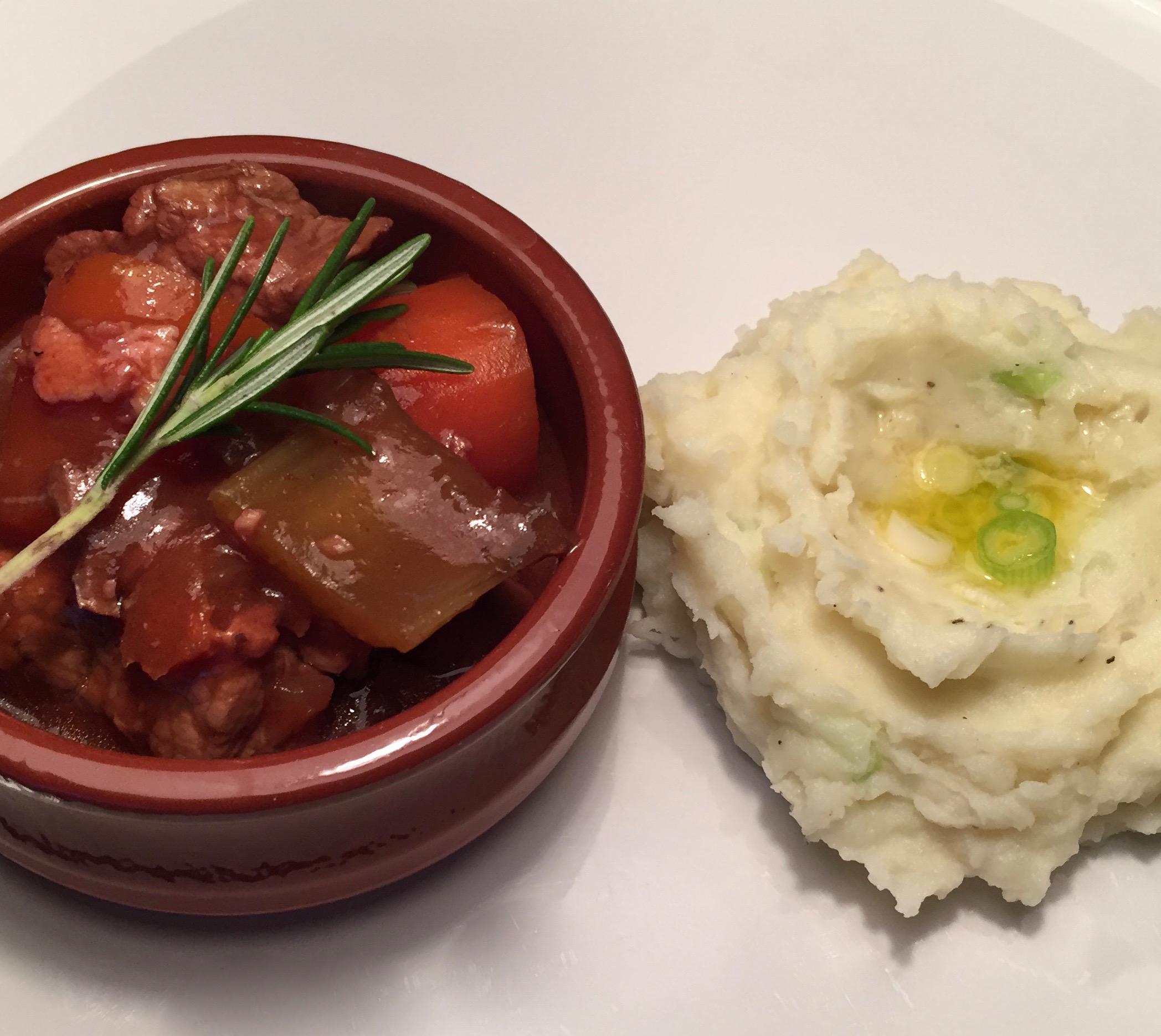 To celebrate St Patricks Day we bring you a perfect combination of flavours; Rich Guinness And Steak Stew With Creamy Champ. This duo work so well together. If you fancy creating the most delicious dish ever then you must follow the recipes below, they’re packed full of flavour, they’re really easy to make plus the ingredients used in these tasty recipes are cheap to buy too making it an all round winner!

Champ is traditionally served with a well in the middle of the mash and a knob of butter melting in the well. Although Champ is delicious served on it’s own it tastes even better teamed with a bowl of Rich Guinness & Steak Stew. Give this dish a try and celebrate St Patricks Day from the comfort of your own home. Don’t forget to enjoy it with a nice cold glass of Guinness too of course!

Add the bacon pieces to a pan and fry over medium-high heat until bacon is browned and crisp, 3 to 4 minutes. Transfer the bacon to the slow cooker but keep the bacon fat to one side.

Season steak cubes generously with salt and black pepper to taste. Turn heat to high and sear the pieces in the hot bacon fat for a few minutes. Add the steak to the bacon in the slow cooker.

Over a medium heat cook the onions in the remaining bacon fat until soft, add the garlic and cook for a further minute being careful not to burn the garlic. Pour the Guinness into the pan, bring to the boil and stir well, scraping up any food from the base of the pan as this will add to the flavour. Simmer on high for 1 minute.

Cook on low in a slow cooker for 6-7 hours. Towards the end of cooking you may want to thicken the sauce. Simply remove the lid, add a little cornflour (1 tbsp) mixed with water to form a runny paste then add to the stew, mix well and continue to cook without the lid on high for 30 minutes.

Discard the thyme/rosemary sprigs and add salt and pepper to taste.

Also tastes great cooked slowly in the oven and topped with a puff pastry lid. Mushrooms are a great addition to the stew too. 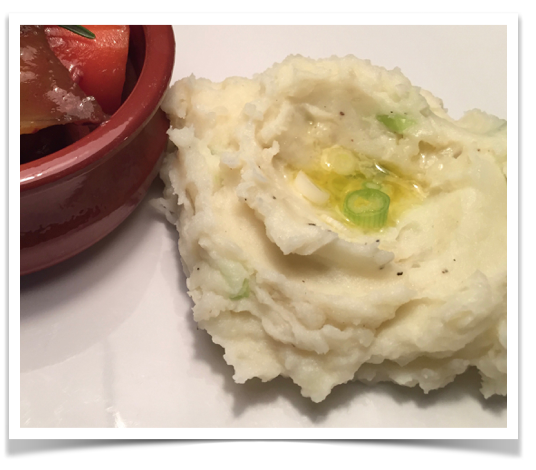 Place the potatoes in a large pan of boiling water, bring back to the boil then set to a simmer & cook for approx 20 minutes or until the potatoes are tender. Drain the potatoes well and set aside.

In a separate saucepan add the milk & the spring onions. Gently heat over a medium heat for a few minutes until warm.

Mash the potatoes with the butter and salt and pepper to a smooth consistency. Pour in the warm milk & onions and stir well. Add more salt and pepper if desired. Serve immediately in warmed bowls.

Patrick was a 5th-century Romano-British Christian. He was actually born in Britain in 400AD but it was during his teenage years that he was kidnapped by Irish pirates when he was only 16. For 17 years he was held captive and worked as a shepherd. It was during this period of his life that Patrick found God and escaped to the Irish coast and returned home. He eventually became a missionary & bishop in Ireland. Legend has it that Patrick died on 17 March; over the following centuries he became Ireland’s foremost saint and every year on the 17th March is has become customary to raise a glass and celebrate St Patrick.

St Patrick’s Day parades began in North America in the 18th century, amazingly, these celebrations only spread to Ireland during the 20th century! St Patricks Day celebrations often involve festivals with folk music and dancing where the participants and spectators opt to wear green or shamrocks. The official holiday colour was actually blue, however, over the years and for good reason green prevailed; Ireland is often known as the Emerald Isle, the National flag supports a green stripe and of course, the lucky shamrocks are green too! During the festivities in years gone by it was tradition to toast St Patrick and Ireland with the ‘drowning of the shamrock’; a shamrock was placed in a glass of whisky or beer before drinking. Today, the shamrock is more commonly used as a symbol for good-luck.

A lover of food, travel & all things creative. Since graduating with a BA Hons in Product & Industrial Design, I have spent the past 15 years working within the design industry. I enjoy flicking through cookbooks, design magazines & Pinterest searching for new recipes & home décor ideas! 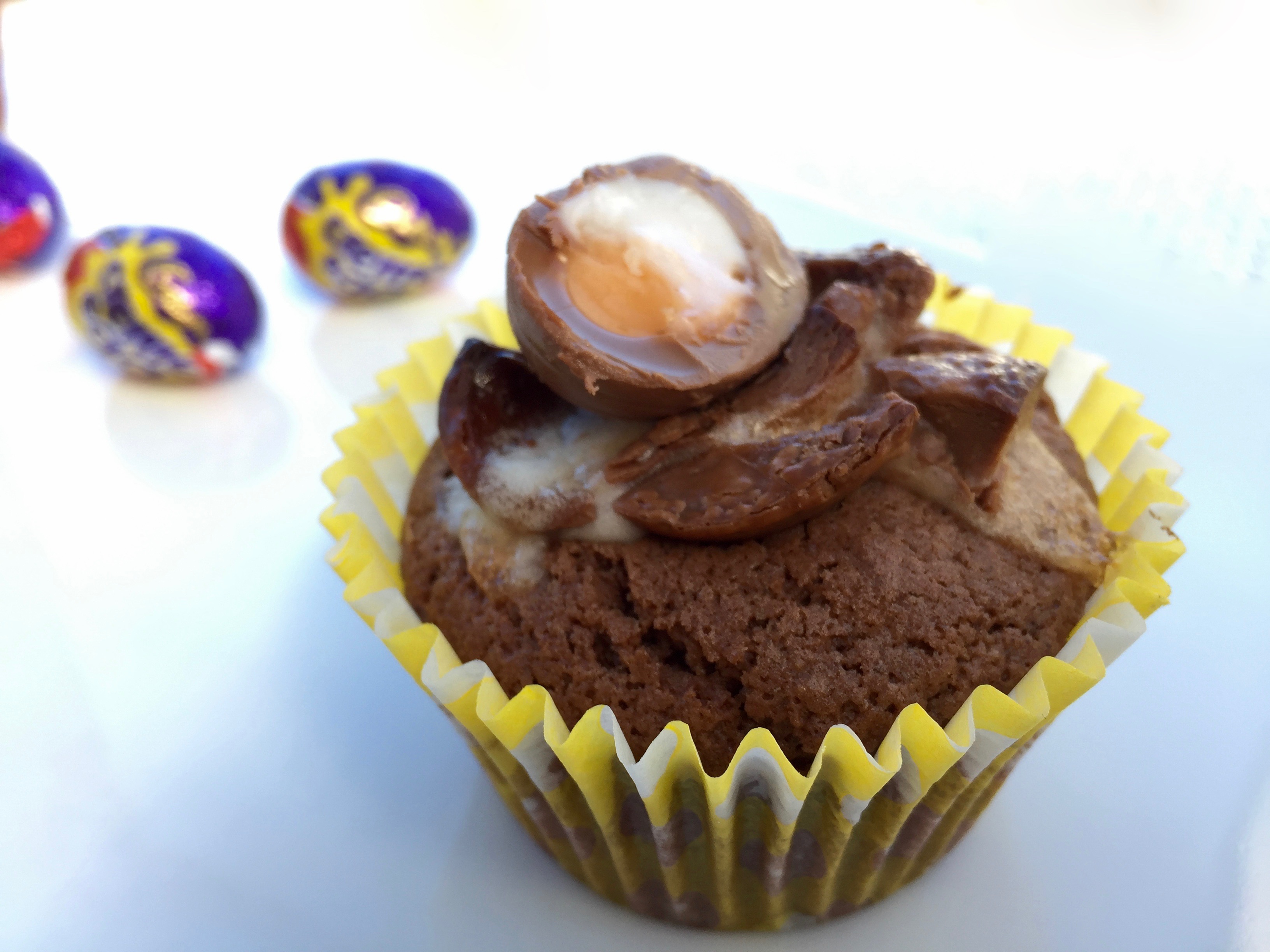 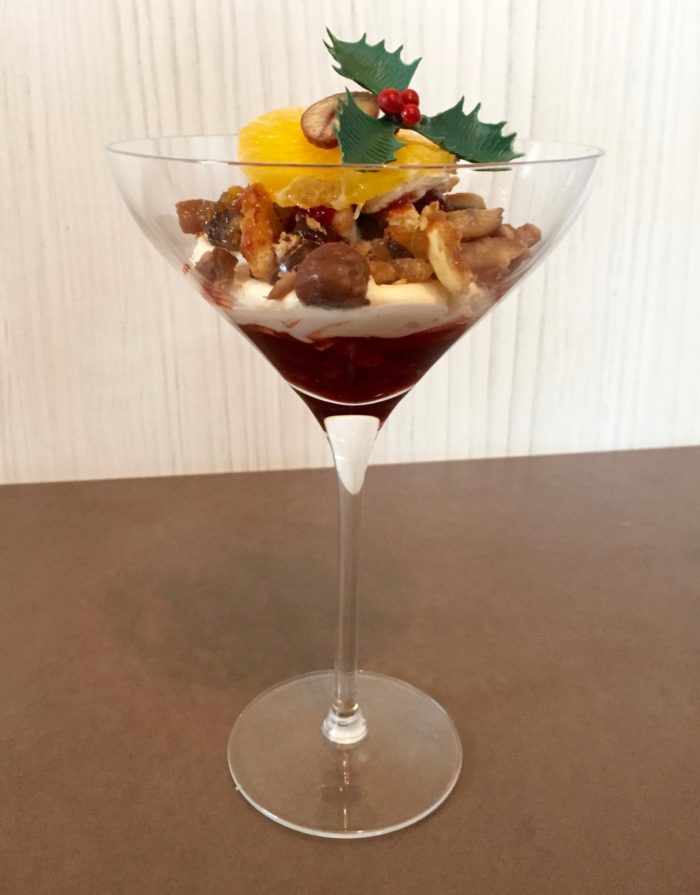 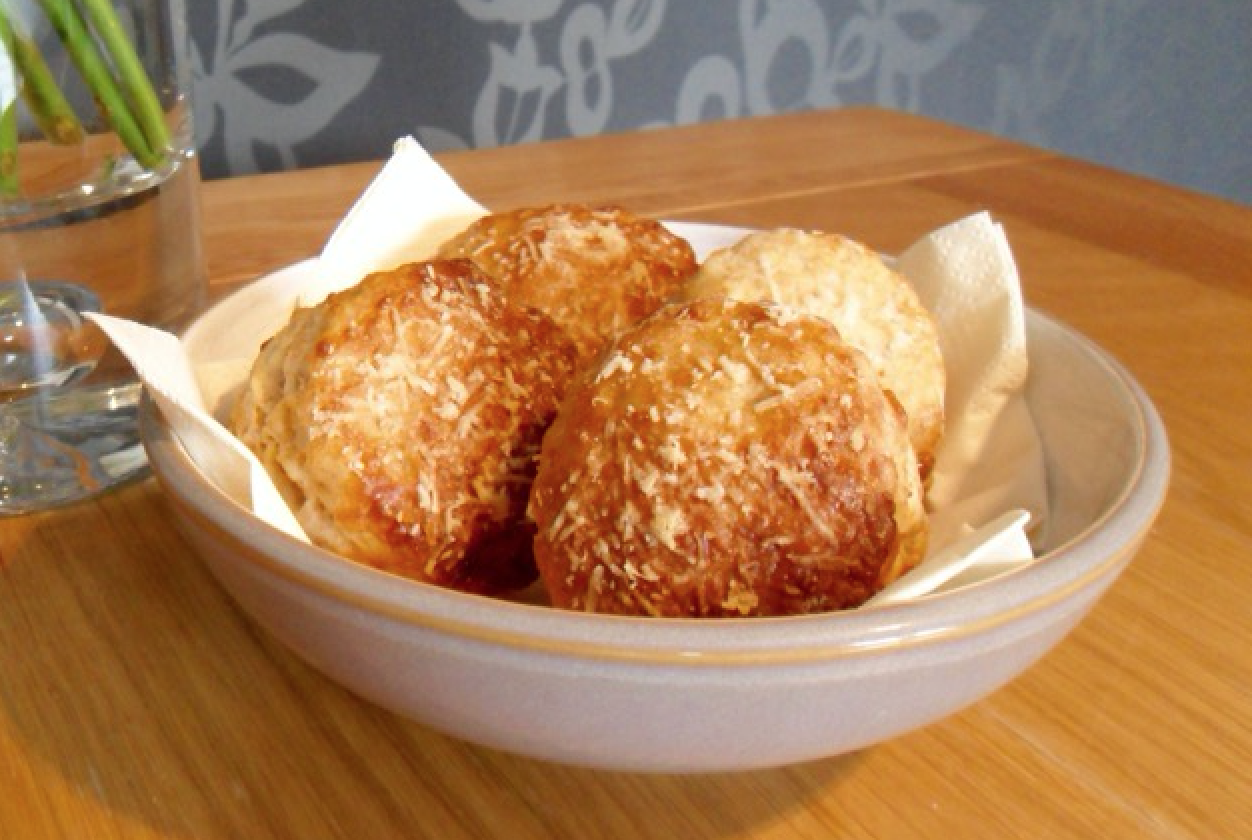