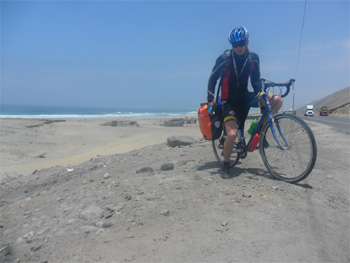 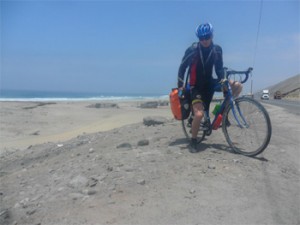 After more than a week of head on winds, cycling through (and eating) the desert, growing a desert beard, staying in very strange towns and nearly losing the plot I finally make it to the final desert town on the pacific coast, Camana, before heading inland. (approx 900km from Lima). I decide to indulge and buy half a chicken and chips, half a litre of Inca cola, a tub of chocolate ice cream and a large yogurt drink…which ended up all over the hotel floor a few hours later…eyes bigger than my stomach!!

I then headed inland (alter a few more dog chases) to Arequipa (2300metres) where I stayed in a hostel and spoke English for the 1st time in days. I asked the lady in the hostel about the road to Puno…she assured me it was flat…the next few days I found myself climbing over 4500 metres!…..this advice was nearly as good as the time I asked how far the next town was on bicycle (I emphasised)…30 minutes he said…4.5 hours later I arrive! 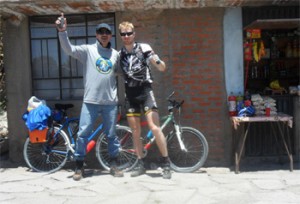 On leaving Arequipa I met a local university English teacher called Hector on bicycle interested in my trip…I told him where I was going, an hour later he catches up with me and decided to cycle with me for 20km before turning round, what a guy. I also decided to pull into a truck stop for food where the truckers all start laughing at me, one takes a shine to me though and buys me half the canteen…chocolate milk, cakes, orange juice! (see pic).

The road up the mountains is extremely tough, especially over 4000 metres, my head is pounding and can hardly turn the pedals, I very much feel like taking a bus and at this moment I’m extremely angry with Karl Hannaford for deciding for me that my trip is for charity…which now prevents me from doing this. 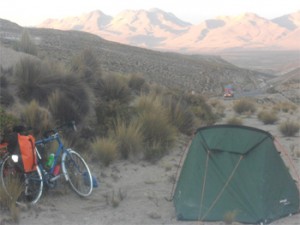 This is made worse by the fact there no towns for 100’s of kms and I am forced to camp rough by the roadside at over 4000 metres! (see pic) (with sharp plants sticking through the dust into the base of my tent) I put all my food in a bag outsider my tent as I heard there’re animals such as pumas, which I hope are no match for the Panther. I wake after a very cold and poor nights sleep to find my food / morning breakfast frozen!

We at appliancehouse.co.uk have already donated and you too can donate to Simon’s JustGiving page here: https://www.justgiving.com/simonpanther

Please note the views expressed in this article are those of the author Simon Panther and do not necessarily represent the views of, and should not be attributed to Appliance House Ltd or Cancer Research UK. 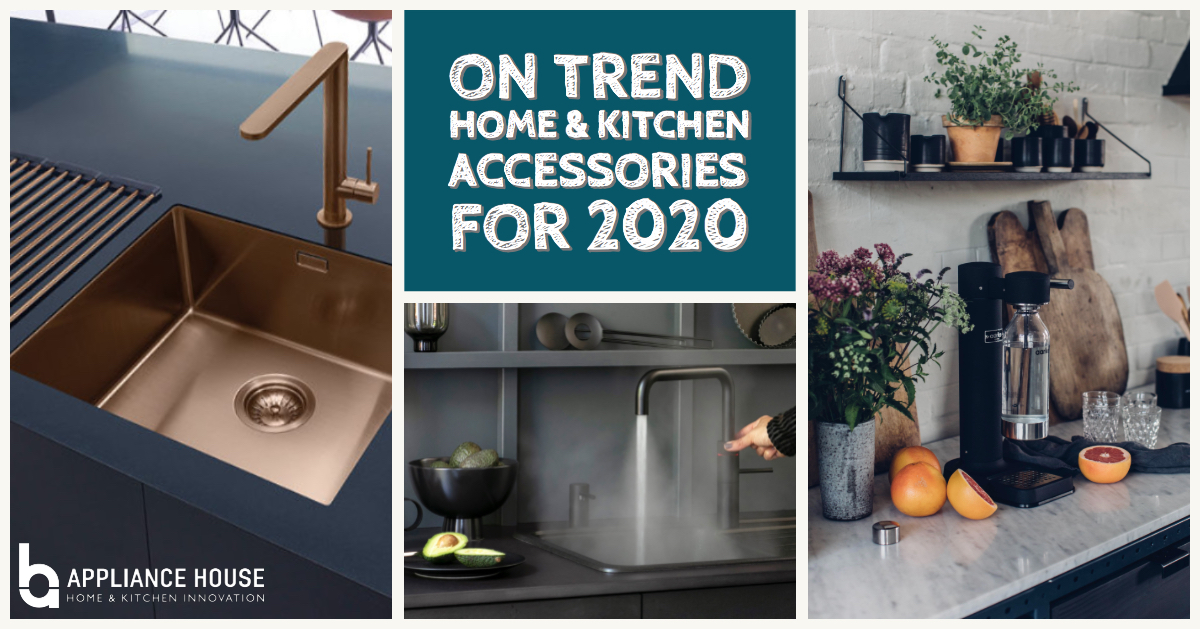 Must Have Home & Kitchen Accessories For 2020. 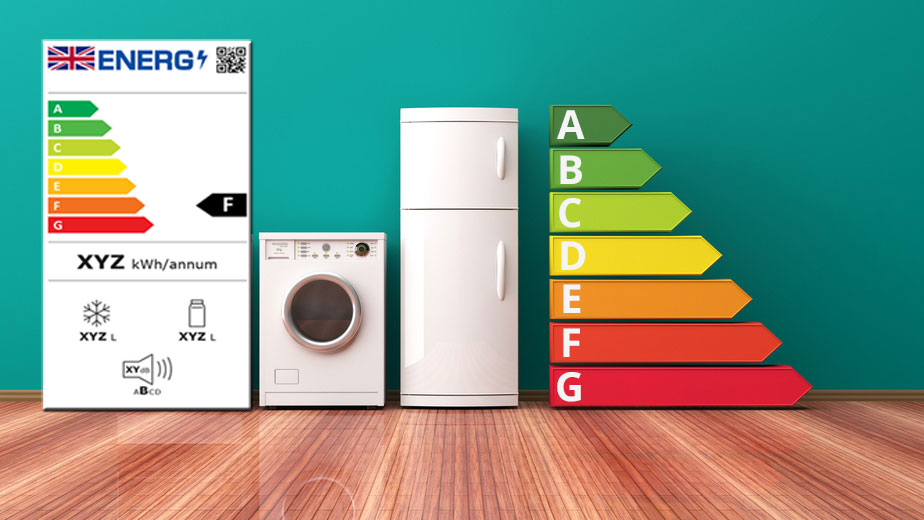 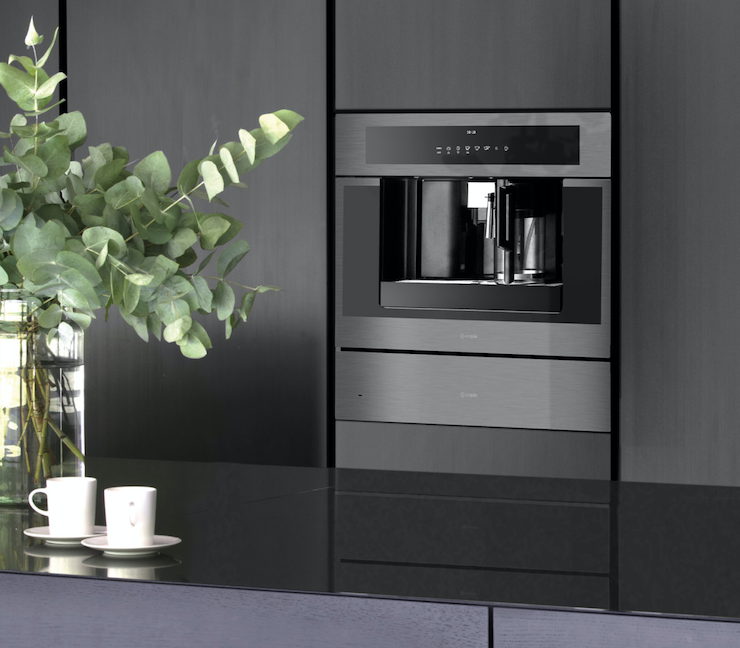